Exporting to Africa is a new frontier 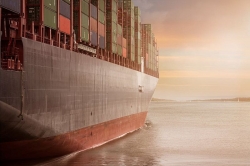 Exporting to Africa is Still a New Frontier

Africa currently lags behind other regions in terms of continental trade. However, the continent is taking initiatives to open up the region to international trade. Many beneficial developments have occurred in the African countries in the past few years, and increased stability has assured investors that the area is fired up and ready for corporate trade. One of the major policy changes is the introduction of the African Continental Free Trade Area (AfCFTA).

Importance of the AfCFTA

The AfCFTA, which came into effect on January 1, 2021, is a major development. Africa contributes approximately only 2% of world trade. Furthermore, only 17% of African sales are intra-continental, compared to 59 percent in Asia and 68 percent in Europe.

As a result, Africa's development potential is immense. The deal will establish a huge global free trade zone in proportion to the number of countries involved.  The pact intends to lower all trade costs and boost Africa to become more integrated into global supply chains by eliminating 90% of tariffs, focusing on remaining non-tariff obstacles and establishing a single market with the unrestricted movement of products.

The reduction of red tape and simplification of formalities will result in huge revenue gains. Aside from commerce, the treaty covers human and labor mobility, competitiveness, capital, and proprietary information. The agreement offers the following benefits:

As per a new World Bank assessment, the agreement will increase regional income by 7%, or $450 billion, accelerate income growth for females, and raise 30 million people from extreme poverty by 2035. Salaries for both skilled and unskilled labor will be increased by 10.3% for unskilled people and 9.8% for qualified workers.

Broadening exports, speeding growth, efficiently merging into the global economy, boosting foreign capital, expanding job and income possibilities, and expanding economic participation are just a couple of the beneficial economic results that the AfCFTA may provide.

The accord is expected to boost Africa's exports by $560 billion, largely in manufacturing. Exports inside Africa would rise by 81 percent, while exports to non-African nations would grow by 19 percent.

The AfCFTA has a strong emphasis on developing women's rights. The COVID-19 problem has the potential to undermine some of the economic advantages earned by females through trade. As per the Economic Commission for Africa, women account for over 70% of irregular cross-border traders in Africa. Women have had to face intimidation, abuse, confiscation of property, and even jail as a result of their job.

While exporting to Africa is still a new frontier, the future looks promising for the region owing to the AfCFTA.